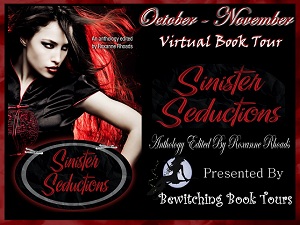 I’m a big time paranormal romance lover, the hotter and darker the better. I must have read zounds of paranormal stories, and I’ll be the first to tell you they’ll never get old. Never. Vampire, demon, werewolf, dragon, any made-up creature or spin on a real one, as long as they’re not trying to apologize for who or what they are, I’m going to be a fan.
But being the evil thing that I am, I will confess to always find myself wishing for more of a darker nature to the whole thing. How much darker, you’ll say, isn’t a vampire/werewolf/demon/dragon/etc enough? And I’ll say no, there’s never enough of a really good thing.
I’ve always had this idea of a dark lover, this vague but titillating notion of something so unique, so intense and overpowering that it’ll possess my every breath, my every thought, conquer all the levels of me until my very core, the very essence of my being. To be owned in such a complete and irrevocable way, to revel in the simple presence of this magnificent creature, to shudder at meeting his eyes and shiver as his scent wraps around you… I’ve been seeking ways to reach this particular shade among the shadows, to make him real for my naughty self and anyone else who may enjoy his visit.
An evil lover, someone who makes you work for that bliss to come (no pun intended :D), someone who makes you pay in blood and tears for any pleasure you might get. Because then, when you’ll get that pleasure, when you’ll experience the bliss, it’ll feel real and it will be yours, fully, entirely yours, you’ll have traded something of your soul for it.
I guess this has a lot to do with my love for power play, but anyways. The darker lover, he’s the one unrepentantly dragging you into the shadows before making your knees melt. There’s something incredibly erotic to me about the idea of a sinister seduction, perhaps this notion that once seduced in such a way there’ll be no going back, no undoing or moving on from it. So when I had the chance to finally unleash my inner beast, I took it. Hence the gargoyle lover in my story, Mistress. He’s not selfless and sweet, he won’t find a corner of your life to sit in patiently and wait for you to acknowledge him. No, he’ll hunt you down, take you by storm, he’ll bend you to his wishes or break you in the process. This delicious, unstoppable darkness that you can’t run or hide from, this altering sense of being possessed – this is my dark lover. And I enjoyed writing about him tremendously.
I can only hope you’ll enjoy reading about him, too, that you’ll enjoy his visit and keep him in the darkest, juiciest part of your soul.


Werewolves, vampires, demons and more will take you on a journey of forbidden seduction luring you into lairs of devilish delights and sinister depravity.
Indulge yourself in darkness.

Underneath the Fangs
By Roxanne Rhoads

Drain the Blood
A Poem
By Adam Clark

Detonating the Bomb
By Lisa Goldman

A Howl at the Moon
By Nathan Squiers

Drained
A Poem
By Roxanne Rhoads

Sin With Me
By Amanda Browning

The Dragon’s Den was a contemptible nest of scruff and depravity, but it was where my bounty had led me. One little demoness was going to earn me a load of cash, so I wasn’t going to let the sex club scare me off. As one of the top bounty hunters in three dimensions, I had certainly been in worse places, and would be again.
Staring at the white marble facade wasn’t going to get me paid. Checking my weapons, I strode past the bouncer. His gaze was heavy on my breasts, but the big orc said nothing. The Dragon’s Den resided at a nexus of dimensions, they saw weirder things than a mixed-blood bounty hunter like me. I bumped into him as I passed, giving him a bribe; the rest of the bouncers would now leave me alone to do what I needed.
Stepping past the ornate double doors, I realized I was over-dressed for the place. The servers wore harnesses of latex, barely enough synthetic fabric to be called an uniform. Some patrons wore outfits so tight as to leave nothing to the imagination, and others wore nothing at all. Everything was meant to tantalize and taunt, to appeal to sexuality and hunger.
I looked downright prudish in my wyvern leather armor and battle harness. The sapphire and onyx scales normally looked exotic, tight enough to reveal my figure and not get in the way in a battle, leaving only my pale hands and face exposed. Amongst this pool of deviants, not even the eight knives sheathed around my body were anything special.
Touching my blue hair trapped in its topknot, I wished I’d hunted in this club before; it was nice to not stand out.
Not that the freakiest of freaks would stand out here. Magic and technology combined in an unique atmosphere. Music blared and lights flashed while faeries sparkled and elves summoned colorful illusions. More than a dozen races were present, most of them revealing large portions of their anatomy.
Even though I stood in the middle of the entryway, no one said anything to me. Not surprising; most denizens of the crossworlds knew Brygny was a fearsome bounty hunter, and that I wasn’t above a little collateral damage to get my way. I’d yet to meet anyone who didn’t tremble slightly at my name.
Not bad for a genetic hybrid. Instead of being scoffed at and shunned, I used my mixed abilities to carve a name in the multiverse. I was one of those rare cases of mutation where I wasn’t just a bundle of flaws. And with no one people to call my own, no one got special treatment from me.
Of course, with everyone so lost in hedonism, I’d have to play especially rough if someone got in my way.
The demoness I hunted was here, on one of the top floors. Three stories of depraved sex and violence between me and her. Sniffing deep the drug-laden air, I told myself I’d be able to handle it. As much as the blood and lust enticed me, it would take more than this weak crowd to draw me from my job.
I mounted the stairs, letting my senses roam through the Den-goers. I had the hunting abilities of dragon, vampire, weretiger, and a few other species, meaning I could quickly sort through potential prey in a heartbeat. With three decades of collecting bounties under my belt, labeling enemy and non-combatant and potential antagonist was a subconscious job now.
The majority of this group was too intoxicated to be any form of threat. Even the demons and orcs were deep in their addled fantasies, so far gone they wouldn’t know if I attacked them. So long as no one pulled me into one of their little games, I should have no problems getting in and out with my target.
I ascended to the first story, and the club revealed its true nature. The ground floor was all dancing and getting to know one another. This floor was candle-lit booths and diners, with a mingling crowd exploring their bodies. Sex and drugs and decadence were only a front for dark dealings, though. Assassins were given orders, slaves were traded, loot was sold to people who asked no questions.
Not that any of it was out in the open. None of the patrons flaunted what they did, or tried to call attention to themselves. A casual observer would only see club-goers watching the displays of flesh and talking to each other. Even the body guards looked like just other deviants.
But I wasn’t a casual observer. I sensed who was high, who was hungry, who was angry, who was desirous, who was armed. The currents in the air brought me tastes of the emotive cloud, let me know who was watching me. Not many had eyes for me on this level, and I moved quickly through them.

About the Editor and Author: 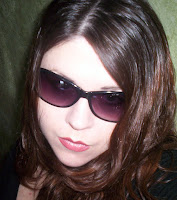 Story strumpet, tome loving tart, eccentric night owl...these words describe book publicist and erotic romance author Roxanne Rhoads.
When not fulfilling one the many roles being a wife and mother of three require, Roxanne's world revolves around words...reading them, writing them, editing them, and talking about them. In addition to writing her own stories she loves to read, promote and review what others write.
Roxanne is the owner of Bewitching Book Tours and operates Fang-tastic Books, a book blog dedicated to paranormal and urban fantasy books.
When not reading, writing, or promoting Roxanne loves to hang out with her family, craft, garden and search for unique vintage finds.
Visit her online
Author blog www.roxannesrealm.blogspot.com
Book Blog www.fang-tasticbooks.blogspot.com
Bewitching Book Tours www.bewitchingbooktours.blogspot.com,
Facebook
www.facebook.com/RoxanneRhoads
http://www.facebook.com/BewitchingBooktours
http://www.facebook.com/RoxanneRhoadsAuthor
http://www.facebook.com/FangtasticBooks
http://www.facebook.com/FlintFangFest
Twitter @RoxanneRhoads
Roxanne can also be found on Linked In, Goodreads and Google+