Cowboy Week Round up :)

Stuck in a rut in every way possible, Keri decides her first step in a bid for change is moving back to the Texas home she left years ago. The second step? Spicing up her sex life with the crazy-hot cowboys she left behind. Too responsible (and smart) to touch her way back when, Max and Shaw filled Keri’s hottest teen dreams. Now she’s older, wiser—and more than ready to make up for lost time.
Max and Shaw were always fond of Keri, but the stunning woman strutting back into their lives is a far cry from the serious, studious teen they remember. She wants to take a walk on the racy side—with both of them—and the cowboys are only too happy to oblige. As they suspected, the sex is explosive, though Max and Shaw aren’t sure Keri can really handle everything they have to give.

Nor do they know if she can handle the sexy secret they’ve yet to divulge.
Other books by Mari Carr:

For as long as Alex could remember, life had taken everything from her. Her father abandoned her and her dying mother, only to return upon her mother's death - with a new wife - to reclaim the family's Wyoming ranch. Alex's rage drove her away to Los Angeles to live with a man who could never satisfy her.
Only after ten years does she come home - and she hits the town with a vengeance, unleashing her pent-up lust on willing cowpoke Connor Matthews. But she's in for several shocks. It turns out that the ranch is now a resort, that her late father split the estate between Alex and her young half brother, and that Connor - the bucking bronco she wants in her bed - is running the place.

Now, Alex is torn between accepting both a new family and a lover who can give her everything she needs, or selling out to a smooth-talking neighbor and leaving the last behind her. But only when her life is on the line does she realize what she desires more of all...
Other Books by Beth Williamson:

Callie will do anything to save her grandfather’s farm. She’s even ready to offer her body to one of the wealthy Black brothers in exchange for peace of mind. What she doesn’t expect is how much she loves being dominated by the kinky trio. But can she trust the known playboys with her heart?

Other Books by Stacey Espino:

Thanks to her cheating ex-husband and her thieving brother, all horse breeder Nikki Kimball has left is a bruised heart, an over-drawn bank account and an empty home. When sex-on-legs Dillon Barnett and his brooding foster-brother Brett Anderson start showing more than just neighborly attention, Nikki is intrigued…and a little gun-shy.
Dillon and Brett have a history; back in high school, the two friends fought a bitter battle over Nikki. Now, ten years later, Brett still longs to be the man in Nikki’s life, but he’s determined to stand back and let Dillon win Nikki’s heart.

Society says Nikki must choose between the two men she loves. Is Nikki strong enough to break all the rules in order to find happiness?
Other Books by Lean Braemel:

This cowboy is looking for more than just an eight-second ride.

Mustang Jackson does two things well—ride bulls and love women. So the injury that takes him out of the arena leaves him only one way to make a living. Unfortunately, getting paid to be a stud in front of the camera isn’t as fun as private conquests. When he catches sight of little Sage Beckett, minus the glasses, braces and pigtails he remembers, doing time in his hometown suddenly gets a lot more interesting.

Sage had a crush on Michael long before he started using that ridiculous nickname “Mustang”. Though from what she’s overheard about his string of buckle bunnies, the man more than lives up to it. In the past he always looked right through her. Now that he’s home again, she’s determined to capture and tame this wild stallion, no matter what it takes.

She intends to satisfy her curiosity and move on, but with every touch she’s less sure she’ll ever purge him from her system. Once corralled in her arms, Mustang finds himself thinking that domestication may not be so bad after all.

Warning: Contains one well-hung cowboy riding much more than just bulls, some ménage action in front of and behind the camera, some whips and chains and some red-hot cowboy loving.
Other Books by Cat Johnson:

Thanks to his spectacular ATV crash and lengthy convalescence, Hake Stivers missed out on a lot this fall—harvesting his crops, caring for his cattle, and most of all, giving his kinky little wife the kind of loving she deserves.
In an effort to ease his feelings of inadequacy and reward Mandy for helping out with chores, Hake asks his cousin Brent for a daring favor. Later that day, Brent and his friend Joe show up to fulfill Mandy’s edgiest submission fantasies while Hake watches from the sidelines. 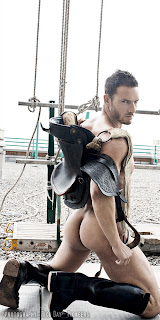 I am so sad for Cowboy Week to end because that means that "The Perfect Man Event" is now over :( THANK YOU ALL FOR PARTICIPATING! Nic and I have had the most wonderful time putting this together for you all. We do have a few extra special prizes to giveaway for those who have been so wonderful and commented all month long. So stop by on Friday, Sept. 2nd and see if you have won one of these special prizes :)
Posted by Drmgrl99 - Dawn at 4:07 AM 7 comments: